It was design to help human with the colonization of space during the 21st century.

The prototype consists of two cylinders rotating in opposing direction in order to cancel out gyroscopic effects. 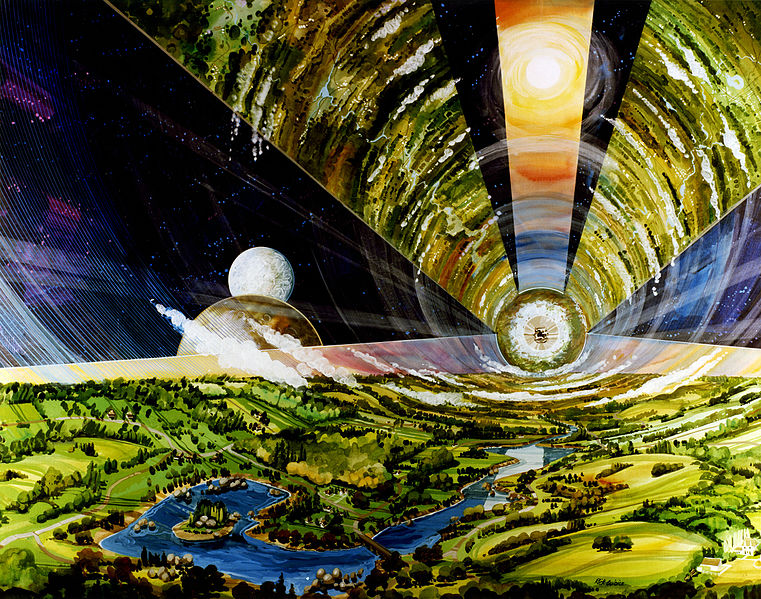 Each cylinder has three land areas alternating with three windows and three mirrors that open and close to form a day and night cycle.

As of this writting, the only real proposal that I know of is Jeff Bezos’s Blue Origin. The company asks the question: “what if we built our own planets, our O’Neill Worlds”?